In New York, the pace of construction remains high, but prices are stabilizing steadily 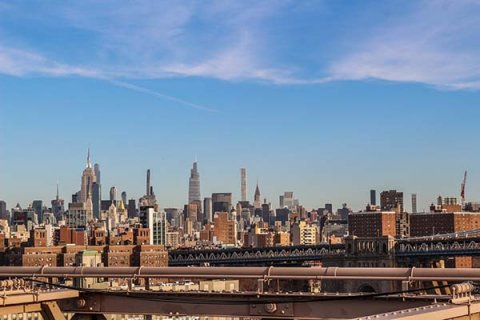 About 1,200 contracts for the purchase of new sponsor units (note: a sponsor unit － an apartment that entered the market for the first time) were signed in the first quarter of 2022. This is the highest quarterly figure since 2015.

According to available information provided by the Marketproof platform, sales of newly built condominiums were the highest in the first quarter of this year among all the first quarters ever recorded in New York.

Real estate developers in Manhattan, Brooklyn, and Queens reported 1,178 new construction contracts in the first months of 2022. The total value of these contracts reached $2,900,000,000.

The market showed strong activity in March, although real estate prices began to show more and more pronounced signs of stabilization in growth rates. Last month, 461 contracts were signed for a total of $1,100,000,000. Median prices for sold properties reached $1,610,000, or $17,664 per square meter.

In annual terms, as of March 2022, the median price growth was 25%. This is almost the same indicator in comparison with February of the current year. One of the possible reasons for the slower price growth is the increase in mortgage interest rates.

For Manhattan, the past March was the busiest of all time with an explosive growth of 32% in the number of transactions compared to February 2022.

In the field of luxury properties, large-sized apartments, especially penthouses, hold the lead. The Upper East Side sets the direction of the market, where a six-room penthouse was sold for $32,500,000.

However, it is noted that in New York, the price growth is significantly lower than in other Sun Belt cities in the US. But sales have overtaken the market entry of new properties. New project launches were accepted for 725 properties, while sales contracts closed for 1,178 properties.

Nevertheless, about 12,500 new-build condominiums remain available on the market.