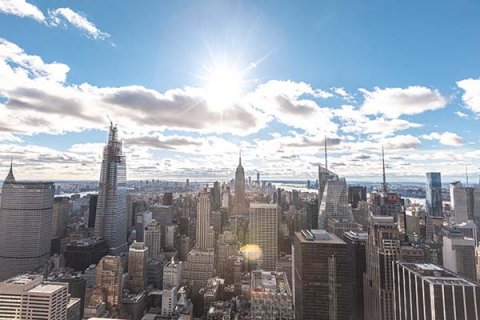 Many Americans, who previously couldn't afford full homes, now may find themselves unable to afford condominiums.

The average price for a standard, typical, American condominium reached $319,000 last month. In annual terms, it grew by 14.6%. Last but not least, the price increase is connected with a noticeable reduction in the supply of real estate offers available on the market, houses in particular.

The median prices for houses have risen to $406,000. This is the reason why many potential buyers have been forced to pay attention to the condominium sector as an alternative.

Naturally, a sharp increase in demand led to the same rapid increase in prices for apartments in condominiums.

However, condominiums still have not reached the price levels that already dominate the segment of semi-detached houses.

Competition for houses in this category has resulted in extremely active price increases. In February 2022, about 75% of properties were purchased after lengthy auctions and the customers’ attempts to outbid the amounts offered by competitors.

Returning to the condominium segment, more than 40% of the properties in this category were sold at a price significantly higher than original offer price. A striking difference in comparison with 2020, when overall sales dropped by 48% in this market during the pandemic.

The number of available properties in Miami has declined by approximately 30% over the same period. The supply reduction is also seen in the New York market.